Pagosa Springs Colorado is an authentic mountain town with sprawling ranches and cowboys in every corner. It's fitting then that the area’s premiere country and western band: Tim Sullivan & Narrow Gauge, a permanent fixture at Parelli Ranch in the summer, is going to be closing the EPIC Mountain Challenge with a free concert from 2pm onwards on Sunday 6th October at the Hot Springs Resort & Spa, until the Awards presentation following the final race event mid afternoon.

Tim Sullivan has appeared on stage with such well-known artists as Vince Gill, Willie Nelson, Alan Jackson, Glen Campbell, and Tammy Wynette.  He has won a Songwriter of the Year award in Massachusetts for his song “Dance In The Rain,” and is featured on the soundtrack of a new motion picture, “Follow Me Outside”.  An entertainer and songwriter who has performed from Los Angeles to Manhattan, Epic Mountain Challenge is proud to have Tim and his band as a fitting part of our event. 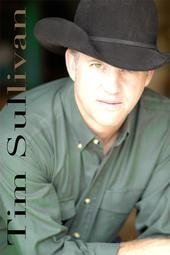