Mason is at least 6ft something in his socks: tall, athletic, the school cross country captain and the perfect contender for a NOLS (National Outdoor Leadership School) course that traverses the wilds of Alaska with a Pack Raft. Two weeks after Mason was awarded the GECKO scholarship he collapsed with breathing problems. Doctors found he had a condition where blisters formed on his lungs with the danger of bursting, at which point his lung would deflate and collapse. When it happened again a month later he was taken in for invasive surgery where about 30 blisters on his left lung and 100 on his right were sealed closed.

With only a couple of months to go to the NOLS course Mason's health, fitness and ability to join the trip were in question. Showing grit and determination he rallied and was packed off to Alaska in late July.

No stranger to overcoming hardships Mason has had a challenging childhood. The eldest of 5 siblings from a merging of two families Mason has felt a great sense of responsibility for being there for them. He flipped between families with disastrous results and admits to feeling somewhat detached and lost from his sense of family prior to NOLS. This - interestingly - was his biggest outtake from the 28 days in the wild, his changed perspective on home and family and what that means to him.

"Some of the other kids on my NOLS course were already in College and so they were used to being away from home. I was surprised how homesick I was, for home comforts like my bed and a warm shower, and all the conveniences but also for my family. Before NOLS I couldn't wait to move out and go to college but now I feel like I have to make the most of the time I have left and I appreciate it so much more."

Mason chose the Pack Rafting and Back Packing tour of Alaska because he'd never done that before and wanted the experience. A pack raft is a 5ft raft that deflates into part of your backpack, allowing you to travel over land and rivers or lakes without stopping. He said that even though he was still recovering from his operation when he left for NOLS he wasn't worried about his fitness. He has a natural athletic ability and he knew he would quickly get his form back. So it was a shock to him to find just how hard the trip was, and not just from a fitness level but just the way the expedition threw him so far from his comfort zone.

"When we arrived at NOLS they explained to us that this really would be an 'expedition'. NOLS was taking us on a new course of Wrangle State Alias that no-one at NOLS has ever done before, it's very remote and isolated and it was truly going to be a test of survival for us and it was scary."

The expedition took them 255 miles around a glacier called Mt Wrangle and over the 28 days they pack rafted 115 miles and hiked 140 miles. Mason says 'it was surreal, I touched an iceberg everyday, I saw a glacier everyday, I also found myself on a 45 degree slope on a goat track that was as wide as my foot, it was terrifying. Every morning we would say to our NOLS instructors; Where are we going today? What's the terrain like? How tough is it? And they'd reply, we don't know! At first I was so freaked out by the unknown of it all, but then I got used to just accepting it and living each day as it came. They (the NOLS instructors) were like, don't think about home, or tomorrow or yesterday just think about what you're doing now and what you need to do to get through it."

There were some amazing highlights for Mason on the trip such as the wildlife he saw (including three grizzlies!) but a really low point was when he flipped his raft and wasn't able to get back into it, resulting in him getting frigid ice water in his dry suit. It was also the day before they were due to meet their food drop and they had run out of food. "They made me a fire on the river side and I had to dry out my clothes, I have never been so cold or hungry or miserable in my life, I really wanted to be at home. But then the next day we were laughing about it and I felt like I had a great story to tell."

Now that Mason's home and on dry land again, back in a routine of school, work and cross country I asked him, how does he feel?

"I think I work harder now, because nothing is a tough as what I did, like that was survival and this is just easy. I feel that I have a better attitude to things like my work, home, my job. NOLS gave me a new perspective on a lot really. It's made me want to be great, not mediocre, and it inspired me to want to achieve more, and showed me that I could. I want to make something of myself. I want to be a doctor, I want to focus on college, I know what I want to write in my college application now about what's important to me.

NOLS is really, really hard. I think only people that have done a NOLS trip will know what I mean. I feel like if I can survive living in the wilderness for 28 days then surely I can do well in school, do well in my job...Every night around the camp fire the instructors asked each of us - today what was your 'rose' and what was your 'thorn'? I feel like I can take each day and good and the bad from it, learn from it, and move on."

Thanks to Mason for his candid, honest account of his NOLS expedition and thank you to everyone who contributed to the scholarship fun to all GECKO to facilitate this! 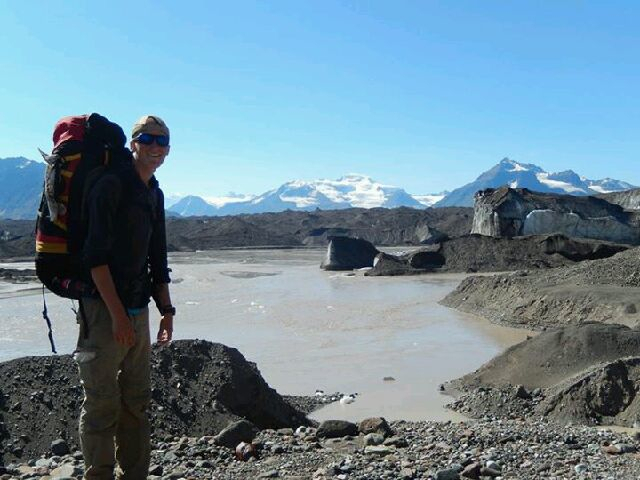 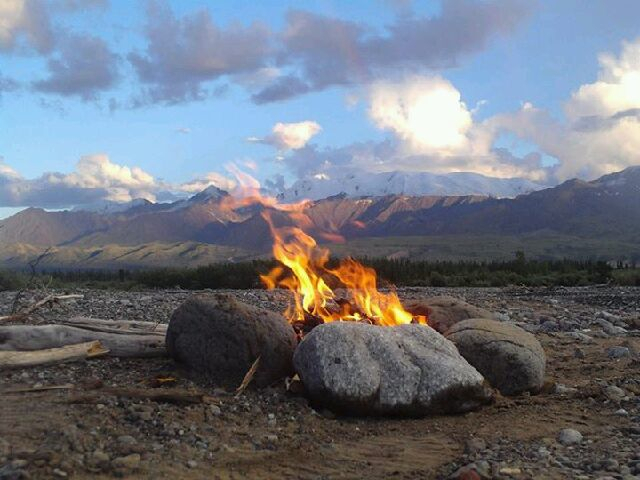