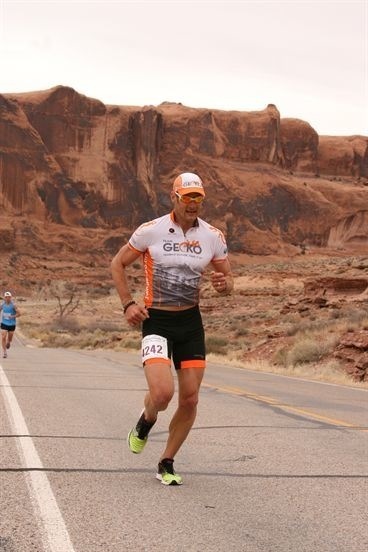 Mike donned his new GECKO gear for only the second time this Summer last weekend (again in Moab), competing in the Canyonlands Half Marathon. It was a beautiful (nearly) Spring Moab day and 4,000 runners turned up to race.  Mike finished happily in the top 20 with a time of 1 hour 18 minutes and showed that he still has a few fast twitch fibers left after last year's Grand Slam of Ultra-running 100 miler assault. Team GECKO thinks: Not too shabby for a guy that weighs over 200 pounds! Go Big Mike!